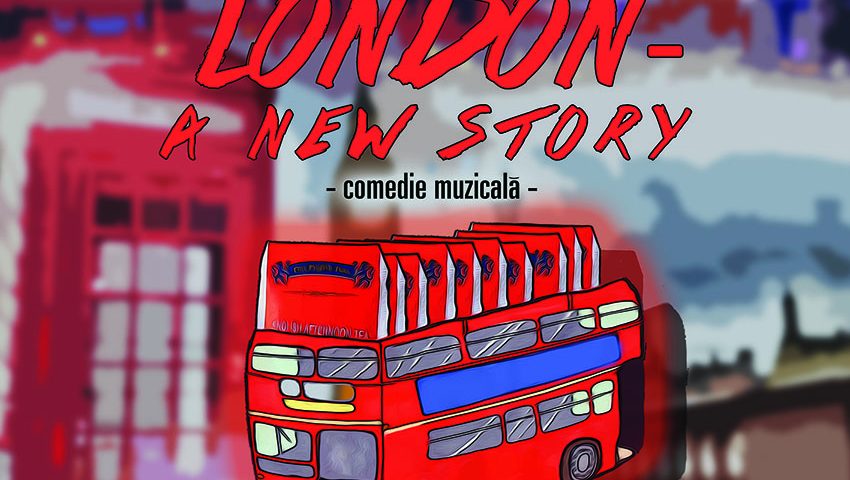 Following an idea by Bianca Ionescu-Ballo, London – A New Story’s Show, treats with humour and sometimes self-irony topical topics (subjects). In the context of the recent Brexit, captured by the mirage of the scene, the characters invite us into their Universe, using motivational  and fashionable phrases.

Three neighbours, residents with different aspirations, of a London building, are put through the postman, in a situation which they have to face it, each in its own way. Under the pretext of an invitation to casting, the lives of each of them are changing, disrupting their monotonous existence. The ambition and the nostalgia, the need to show that they are still competitive, brings everyone in a position to revoke and perform beautiful songs, with great success. In the end, the postman himself, is co-opted in this vortex, and some idylls are likely to be sprouting !

“They will again be under the spotlight ! Follow your dream ! the four seam to say ! “

Famous songs from musicals are brought back on stage under the pretext of a casting which everyone participates.

Looking at the past experiences of music history, we discover a certain reason in the work of artists in order to win over the audience. Not coincidentally, Haydn’s “Londoners” was created to draw the attention of music lovers in the British capital.
Probably those who have assumed the leadership of the new destinies of the “Ion Dacian” National Operetta and Musical Theater – Bianca Ionescu-Ballo in the first place – have similar projects. Proof of this is the concert held yesterday at the Elisabeta Theater and entitled “LONDON a new story”.