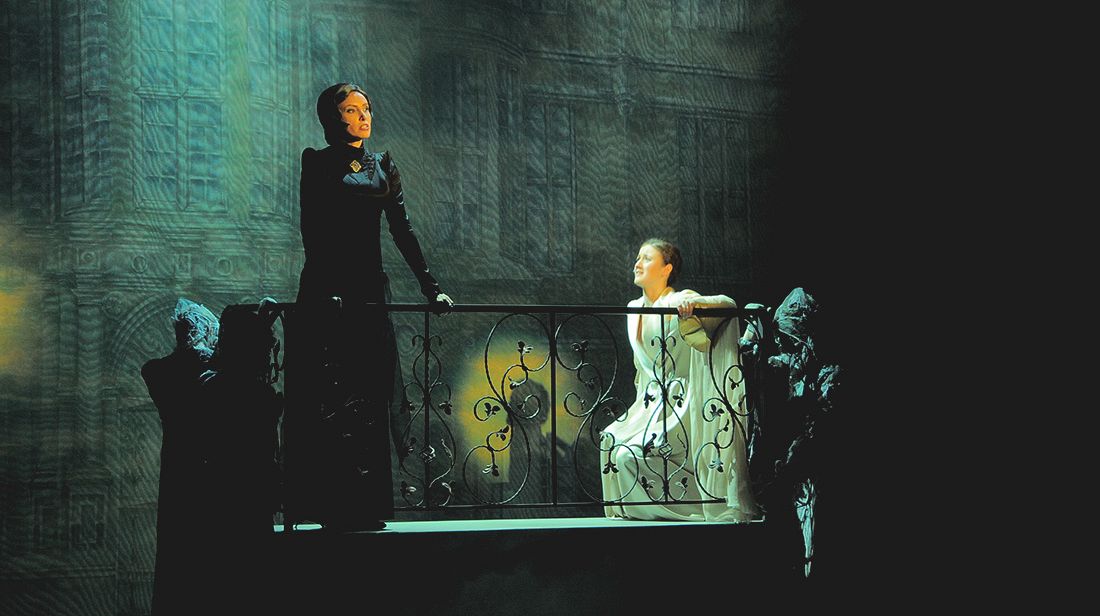 Based on the novel of the same name written by Daphne du Maurier in 1938, “Rebecca” is part, along with “Elizabeth”, “Mozart!” or “Marie Antoinette”, from the series of successful musicals whose authors are Michael Kunze (libretto) and Sylvester Levay (music).

Michael Kunze wrote the libretto in English for the show that was to premiere at London. Finally, the premiere took place in September 2006 in Vienna (Vereinigte Bühnen Wien) at the Raimund Theater, directed by Francesca Zambello. The show was a huge success in Austria and, in the years that followed, conquered the public in Japan, Finland and Hungary. Only in the second half of 2011, the musical “Rebecca” will be staged on Broadway and in London.

The events, adapted since 1940 for the big screen by the famous director Alfred Hitchcock, are narrated by a naive young woman, “EU”. In a hotel on the Cote d’Azur, she meets Lord Maxim de Winter, whose wife, Rebecca, had died in a mysterious accident. Soon, the narrator, who becomes the second lady of Winter, takes her place in the enigmatic and unfriendly house in Manderley, where it seems that the spirit of the first lady of Winter is still present. The new lady of the house feels that the housekeeper, Mrs. Danvers watches her every move with constant suspicion and malice, while her husband, Maxim, seems to be sinking deeper and deeper into the secrets of the dark house.

The show of 2011 at the Annual Awards Gala of the Music News Magazine, XXII edition