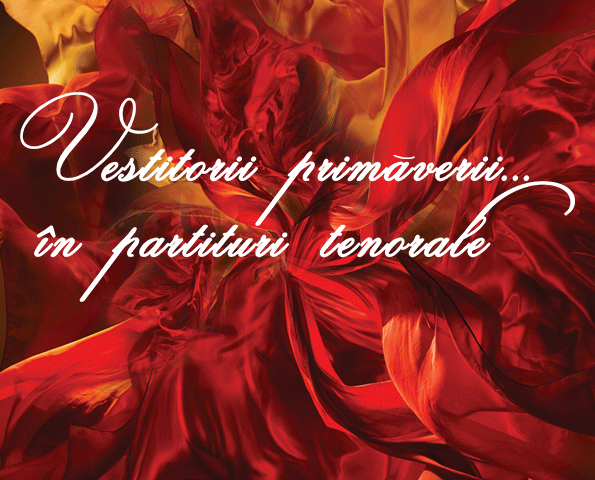 The National Theatre of Operetta and Musical “Ion Dacian” organizes on April 27th, 2018, at 19.00, in the Great Hall of the National Children’s Palace, an extraordinary concert of Operetta music, musicals and songs, under the baton of conductor Lucian Vladescu.

The concert “Heralds of Spring … in Tenor Music scores” will be held by soloists Alfredo Pascu, Andrei Pleşca, Daniel Madia and Florin Budnaru.

From the known titles we can remind: