The Kingdom of Waterfalls

Dancing Around the World

The Kingdom of Waterfalls 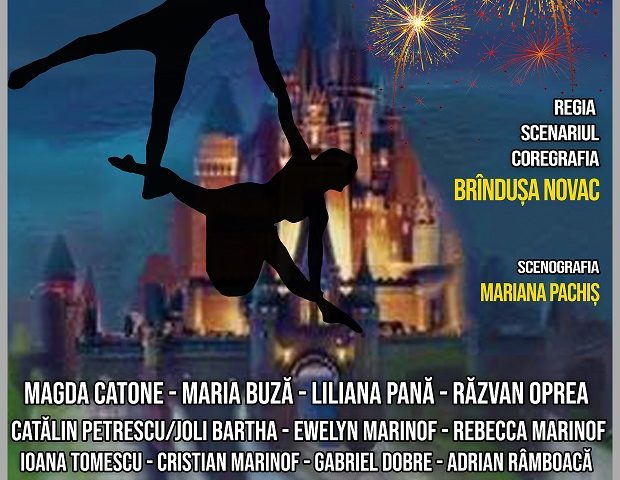 A spectacular musical created by Brindusa Novac in partnership for the National Theatre of Operetta and Musical “Ion Dacian”.

“THE KINGDOM OF WATERFALLS” an original story dedicated to the whole family. Actors, singers, dancers and acrobats all the characters go through their interpretive palette in the performing arts and perform roles unique and complex, thus managing to fascinate children, parents and grandparents alike.

Princesses and princes Ewelyn Marinof, Rebecca Marinof, Cristian Marinof, Ioana Tomescu, Gabriel Dobre and Adrian Ramboaca are acrobats, actors and singers. Nor the character Frica (Fear), played by Cristi Tusan, does not let himself be outdone being an imposing character through his stature on his feet and his actions at height.

The 7th predominantly dancing characters of the show are ballet dancers from the Bucharest National Opera and the National Theatre of Operetta and Musical “Ion Dacian”.

We invite you to the most complex show in which artists excel in acting, music, acrobatic art and dance!

The decor is alive through the live artistic creation that will take place in front of the audience through the talented scenographer Mariana Pachis. She will give life to each picture of the show through drawings on the sand that will represent each scene of the story. The live film of the pictures is projected on the big screen in the background of the stage. Mariana Pachis also has in her CV the participation and winning of many national and international festivals.

The aerial attractions are created by Ewelyn and Cristian Marinof, winners of the Golden Clown at the Monte Carlo International Circus Festival, but also at other international genre festivals.

The script, direction and choreography are signed by Brindusa Novac. The author has created over 80 shows throughout her career and has delighted over 3 million viewers young and old. She has won 43 awards for her creations at the largest performing arts festivals around the world, from the Monte Carlo International Festival to Bucharest.

We have a wonderful team, with the best professionals in the performing arts, consisting of 19 performers, 5 creative artists and even more so the technicians behind the stage who offer you a perfect show for all those “big and small” who wants quality shows!

The show lasts an hour and 30 minutes without an interval.